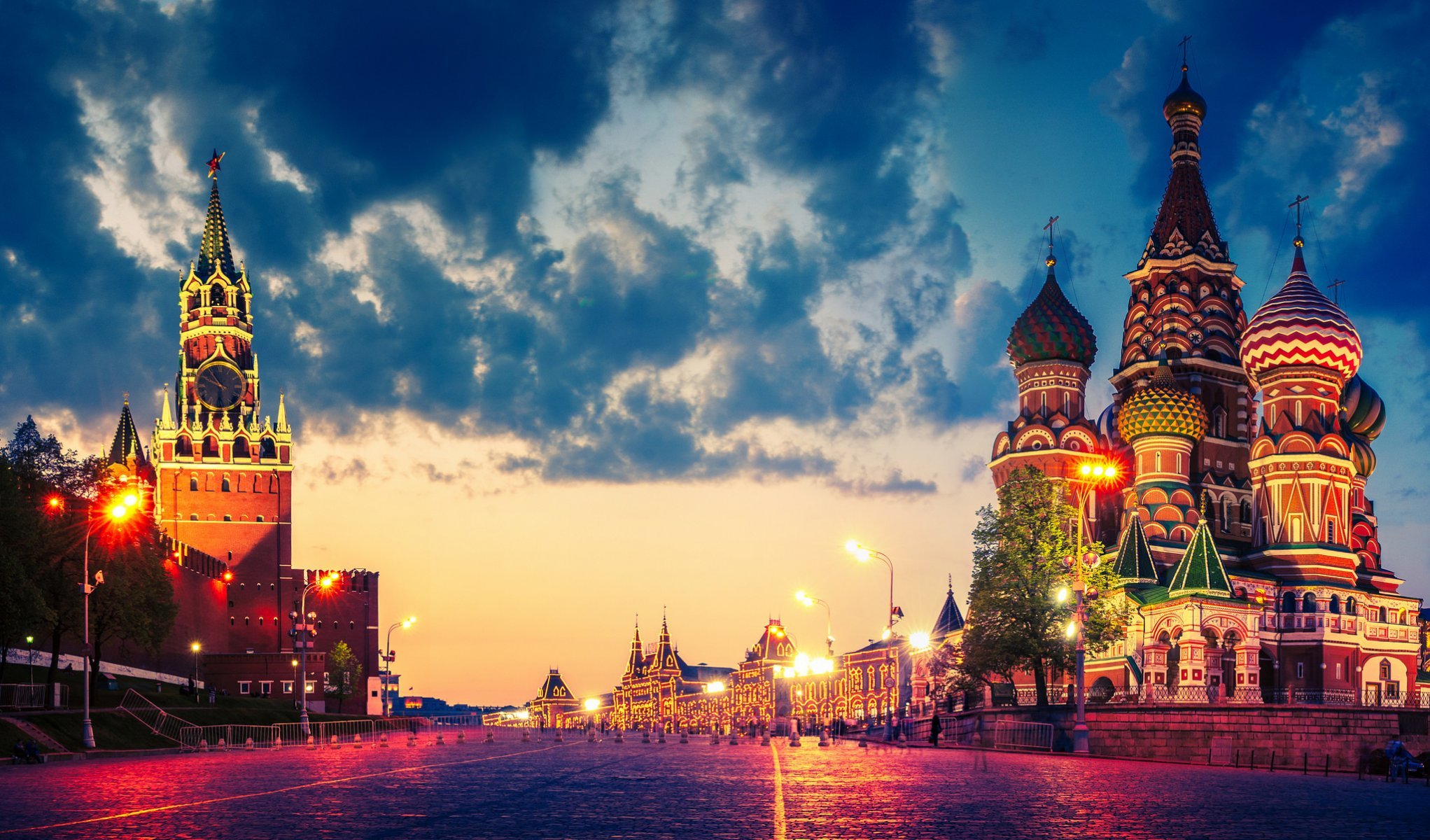 De-Offshorization and Taxation of Foreign Trusts in Russia

Several recent high profile court and arbitration disputes reveal that common law trusts remain a popular tool for organizing domestic and international assets of Russian clients. Thus, we may expect that the major changes in the taxation of foreign trusts in Russia, which occurred in 2015, will directly affect many existing and future wealth planning structures involving its citizens.

These changes resulted from the introduction into the Tax Code (the Code) of the concept of “controlled foreign companies” and the attribution of their undistributed profits to the Russian tax residents, who could be recognized as their “controlling persons.” (A “controlling person” can be an individual or a corporation.) This concept became one of the pillars of the de-offshorization campaign launched by the authorities several years ago aimed at decreasing the use of foreign law and entities in domestic transactions. As the definition of “controlled foreign companies” in the Code expressly mentions “trust,” from now on, any meaningful estate planning for Russian clients involving foreign trusts should involve a thorough analysis of possible domestic tax implications of their use.

Under the Code, a foreign trust may be recognized as a controlled foreign company when a Russian tax resident exercises control over this trust in his interests or in the interests of his spouse and minor children. “Russian tax residents” are those individuals who are actually present in the country for at least 183 calendar days during 12 consecutive months. This 183-day period of physical presence doesn’t have to be uninterrupted. It’s calculated by adding all calendar days when an individual was present in the Russian Federation during these 12 months. The calculation takes into account all days when a certain individual was effectively present in the territory of the Russian Federation, including the day of his arrival to the country and the day of his departure.

The Code defines “control” over foreign structures without legal personality, including trusts, as the exercise or the possibility to exercise the decisive influence over the decisions taken by the person carrying out the management of assets of this structure, with respect to the distribution of received after-tax profits (income) in accordance with the personal law and/or constitutive documents of this structure. Under the general rule prescribed by the Code, the settlor of a trust is presumed to be its “controlling person,” unless he: (1) doesn’t have the right to receive (to demand the receipt), directly or indirectly, the profit (income) of this trust, in full or in part; (2) doesn’t have the right to dispose of the profit (income) of the trust, in full or in part; and (3) didn’t retain the right to assets, transferred into the trust (or, in other words, the assets are irrevocably transferred into the trust), and this right is absent during the whole period of existence of the trust and in case of its termination.

Even though a certain person doesn’t have any of the above rights, he may still be recognized as a controlling person of a foreign trust when he preserves the right to obtain these rights. Finally, to acquire a controlling status, individuals other than settlors, in addition to exercising “control” within the meaning of the Code, should satisfy one of the following: (1) the actual right to profit; (2) the right to dispose of the assets of the trust; or (3) the right to receive assets of the trust in case of its termination.

In light of these new statutory provisions, we may conclude that the controlled status of a foreign trust in Russia essentially depends on whether this trust can be subsequently revoked by its settlor, or, in essence, whether it’s revocable or irrevocable, as well as on the exact scope of powers of its settlor and protector (if appointed by the settlor) with respect to the trust’s assets and their distribution. On the one end of the broad spectrum of possible solutions, a revocable trust with extensive reserved powers of a settlor, including a power of appointment, consisting of the possibility to direct the distribution of trust income and capital to certain beneficiaries and the power to add to or remove from the class of beneficiaries, should typically be recognized in Russia as a controlled foreign company. The same result may be expected in case of an appointment of a Russian tax resident as protector of a foreign trust with dispositive powers with respect to that trust’s assets, including the power to consent to or veto dispositions to be made by the trustee.

On the other end of this spectrum, an irrevocable trust without reserved powers of a settlor and a protector who’s not a Russian tax resident is unlikely to be recognized as a controlled foreign company. This outcome wouldn’t be affected by the existence of a letter of wishes signed by the settlor and containing non-binding instructions to the trustee as to the desired course of action regarding trust administration and the distribution of trust property. Finally, as the terms of most trusts would likely place them between these two extremes, only the future practice of Russian tax authorities and courts will clarify the required threshold of decisive influence sufficient for recognizing the existence of control over foreign trusts. Until then, this possible uncertainty will require professional advisors to exercise creativity combined with prudence to reasonably balance a Russian client’s desire to retain as much control over the trust as possible, with the need to avoid its recognition as a controlled foreign company.

Once a certain foreign trust is recognized as a controlled foreign company, its profits will be included in the taxable base of its controlling person. Under the Code, profits (losses) of this trust correspond to the amount of its pre-tax profits (losses), determined on the basis of its financial reporting. This reporting is based on the foreign trust’s personal law, that is, the substantive law governing the trust chosen by its settlor or, in the absence of such choice, the law with which the trust is most closely connected, for a financial year, provided that: (1) under the trust’s personal law, this reporting is subject to a mandatory audit, and (2) the permanent location of such trust is a foreign country that has an effective treaty on tax matters with the Russian Federation. When either of these two conditions isn’t satisfied, the profits (losses) of a trust shall be determined in accordance with the rules prescribed for Russian organizations by Chapter 25 of the Code (“Tax on profits of organizations”).

The profits (losses) of a foreign trust, determined based on its financial reporting and expressed in foreign currency, will be converted into rubles. This conversion will be made on the basis of an average foreign exchange rate established by the Central Bank of the Russian Federation during the period corresponding to the period of financial reporting of the foreign trust in accordance with its personal law. In case of a mandatory audit, the amount of profits (losses) will be confirmed by the financial and tax reporting of the trust, and, in the absence of such audit, by other documents making it possible to determine this amount, notably by banking statements or primary documents confirming transactions in accordance with usual business practices of a foreign trust.

The profits of a foreign trust will be included in the taxable base of its controlling person when their amount during the reporting period exceeds the equivalent of 10 million rubles. They shall be decreased by the amount of profits distributed in favor of these controlling persons. In addition, the amount of Russian tax calculated with respect to the profits of a trust for the reporting period shall be reduced by the amount of tax determined with respect to the same profits in accordance with the legislation of a foreign state and/or the legislation of the Russian Federation. When a foreign trust exercises its activities in the Russian Federation through a permanent establishment, the amount of tax should also be reduced by the amount of the Russian profit tax with respect to profits of this establishment. On the other hand, the losses of a foreign trust can be moved forward without any limitations, provided that its controlling person informed the Russian tax authorities about the existence of this trust during the reporting period.

As these provisions took effect on Jan. 1, 2015, Russian tax residents should have already started planning their reporting activities for 2015 and may need to start planning for 2016 and 2017 with respect to foreign trusts controlled by them. Here’s what they should do in each of the three years:

2015. Russian residents should ensure the proper preparation of trusts’ financial documents, as well as their audit. Although under the Code, the profits (losses) of a foreign trust could be made on the basis of its financial reporting only when it’s subject to mandatory audit, the draft federal law prepared by the Ministry of Finances of Russia relaxes this requirement to include a voluntary audit. As a result, if this draft law is adopted, even a voluntary audit of a foreign trust may abolish the need to determine its profits in accordance with the provisions of Chapter 25 of the Tax Code and, therefore, avoid possible complications.

2016. The controlling persons of foreign trusts should determine whether it would be more beneficial to distribute profits generated in 2015 or, instead, to pay Russian taxes on the undistributed profits in 2017. These profits shall be included in the taxable base of the controlling person as of the date when the decision to distribute them is taken, or, in the absence of such decision, on Dec. 31, 2016. The amount of attributed profits shall be determined on the basis of the amount of profits to which the controlling person has the right (shall have the right) in case of their distribution among persons entitled to receive them.

While the recognition of trusts as a controlled foreign company could result in an additional tax burden for their controlling persons, the insertion of this concept into the Code also creates new opportunities for the legitimate use of this instrument by Russian clients, notably in succession matters. Provided that a certain trust respects the mandatory inheritance rules of the Russian legislation, it could be an efficient tool for a smooth transfer of foreign movable assets to the settlor’s heirs outside of the scope of formal succession proceedings before a Russian notary and, in particular, without the need to respect a mandatory 6-month waiting period imposed by the Civil Code.

Because an irrevocable discretionary trust without the reserved powers of its settlor and veto powers of a Russia-based protector shouldn’t be considered a controlled foreign company, a Russian tax resident may set up such structure for the benefit of his children without the need to pay domestic taxes on its undistributed profits resulting from the use of the trust’s assets. Although the settlor will still be required to notify domestic tax authorities about the creation of such trust, he should no longer be subject to yearly tax reporting requirements applicable to controlled foreign companies. From this perspective, a thorough review of the controlled status of foreign trusts and careful drafting of their documents in light of the conditions for the attribution of this status prescribed by the Code should become mandatory elements of any Russia-related estate planning.