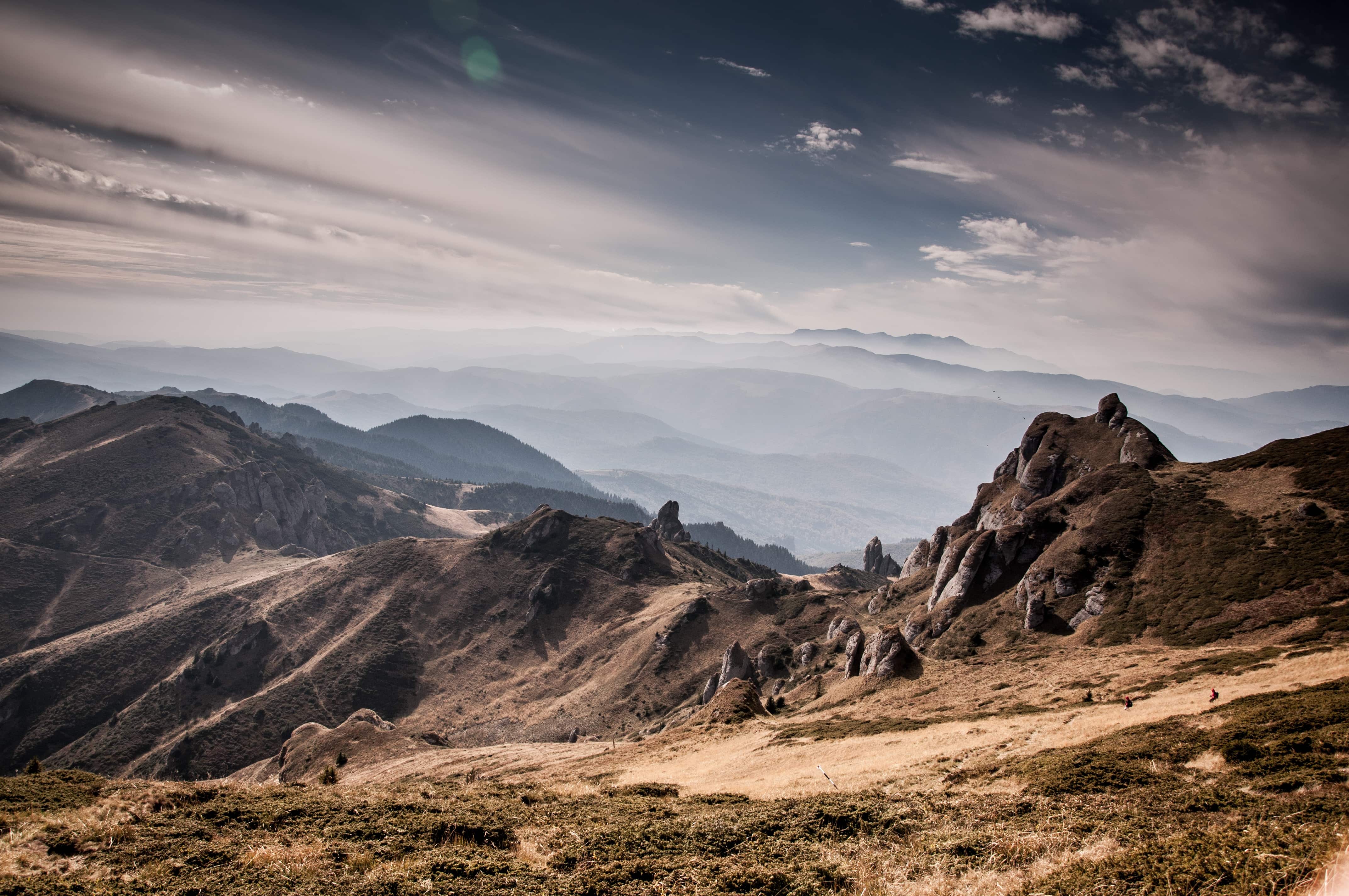 From the early 1990s, Cyprus has developed a niche as the natural intermediary for investment into the newly marketized economies of Russia and Eastern Europe, for both cultural and commercial reasons. The relative proximity of Cyprus and its shared Orthodox religious and cultural heritage helped Russians and other Eastern Europeans to feel comfortable in Cyprus. The 1982 double taxation agreement between Cyprus and the Soviet Union, which most of the former members of the Soviet Union adopted on gaining independence, was very taxpayer-friendly, providing for zero withholding taxes on dividends, interest, and royalties. Western investors were familiar with Cyprus’s legal and commercial infrastructure, based on the common law legacy left by the UK, the former colonial power, and had far more confidence in it than in the evolving and initially unreliable legal systems of the newly marketized countries. As a result, Cyprus became the preferred jurisdiction for holding and finance structures for investment from the West into Russia and Eastern Europe, providing for stability, predictability, transparency, and tax savings. Over the ensuing two decades Cyprus consolidated its position as the portal of choice for investment between Russia and Eastern Europe and the rest of the world.

During this period new double taxation agreements were concluded between Cyprus and many of the former members of the USSR, including Russia, but the favourable features of the Cyprus–USSR agreement, namely low withholding tax rates and a favourable treatment of capital gains, were generally retained. Initially the investment flow was almost exclusively from West to East, but as the newer economies developed, Russian and Eastern European companies increasingly began to invest abroad and nowadays numerous Russian companies, including many state owned companies and household names such as Gazprom and Aeroflot, use Cyprus-based holding and finance structures for outward investments. In addition, many Russian and Eastern European entrepreneurs see a financial base outside their native country as providing a measure of insurance against the uncertainties of domestic politics, and have based their financial interests in Cyprus, taking advantage of the island’s attractive international trusts regime. In recent years, Cyprus has widened its horizons and has attracted substantial volumes of business from the developing economies of Africa, Asia, and South America, but nevertheless Russia and Eastern Europe are still the largest markets. In the circumstances, the highly publicized ‘de-offshorization’ initiative is of immense consequence to users of Cyprus holding, finance and other structures, and to their advisers.

The new Russian ‘de-offshorization’ law, which took effect on 1 January 2015, has been concluded in very short order, having progressed from the planning and consultation stage to the statute book in less than nine months. Its main innovation is the disclosure and taxation of foreign companies controlled by Russian tax residents. Many other countries (including the UK, Germany, France, and Spain) have controlled foreign company (CFC) rules in place, intended to counter abusive transfer of profits from high-tax to low-tax (or no-tax) jurisdictions. The Russian rules are conceptually similar, but less sophisticated and consequently generally more rigid. Given the shortness of the period between their conception and their introduction this is not surprising, and they are likely to be revised and ‘fine-tuned’ as the authorities and taxpayers and their advisors gain experience of them.

The new law defines a CFC as a foreign company that is not tax resident in Russia and that is controlled by organizations or individuals that are Russian tax residents. For the first year the threshold for control is 50 per cent: from the beginning of 2016 lower thresholds of 25 per cent and 10 per cent (depending on the aggregate percentage holding of Russian tax residents) apply. An individual or entity may be treated as a controlling person despite these conditions not being met if they exercise a decisive influence on the distribution policy of a CFC either due to their participation in its share capital, under an agreement governing its functions, or due to implications of their relationship with the CFC. A number of categories of foreign CFCs are excluded from the scope of the CFC rules subject to the taxpayer producing documentary evidence of qualification. These include non-commercial organizations that do not distribute their profit, companies resident in the Eurasian Economic Union, companies resident in jurisdictions that exchange information with Russia for tax purposes and impose an effective tax rate in excess of 75 per cent of the entity’s average Russian tax rate on income calculated in accordance with the formula set out in the CFC legislation, companies resident in jurisdictions that exchange information with Russia for tax purposes, at least 80 per cent of whose income comprises active income, banks, or insurance companies operating in a territory that exchanges information with the Russian Federation, issuers of certain types of bonds and companies participating in certain projects. The profit of a CFC will be subject to tax in Russia at a rate of 20 per cent if the CFC is controlled by a legal entity, or 13 per cent if it is controlled by an individual. The profit is reduced by the amount of dividends paid out of that profit and by Russian tax paid on the profit of the CFC, including Russian corporate income tax on the profit of any permanent establishment it has in Russia.

The threshold for including a CFC’s profit in a Russian taxpayer’s tax base will be RUB 50 million for 2015. For 2016, the threshold is RUB 30 million and from 1 January 2017 it will be RUB 10 million. The penalty for non-payment or underpayment of tax as a result of failure to declare profits of a CFC is 20 per cent of the amount of unpaid tax or RUB 100,000, whichever is the higher. No penalty will be charged for the tax periods 2015–17 inclusive. Under the new law taxpayers are required to notify the tax authorities of any holding of more than 10 per cent in a foreign legal entity, and of any interest in a foreign structure that does not involve the formation of a legal entity (whether as a beneficiary or in any other capacity).

Foreign companies and other structures that have property taxable in Russia are required to provide the tax office responsible for the area in which the property is located with information on the participants in the company or structure, including disclosing the indirect participating interest of any individual or public company whose direct or indirect interest exceeds 5 per cent. Failure to provide this information or delay in providing it will incur a penalty equal to the tax calculated on the company’s property, which will be allocated between the participants by reference to their participation percentage.

The new law includes rules for determining the tax residence of legal entities, providing greater certainty and consistency than hitherto. A company incorporated overseas is to be regarded as tax resident in Russia if it is tax resident in Russia under an international taxation agreement or if its place of effective management is in Russia. The place of effective management is determined according to three main criteria, namely, the location of the majority of the meetings of the board of directors or equivalent management body, the location of the executive management of the organization, and the location in which the key executives principally operate. The law also includes secondary criteria that will be applied only if the primary criteria are not decisive. The CFC rules will not apply to companies that voluntarily choose to be treated as tax residents in Russia. Foreign companies that are resident in a country that has a tax treaty with Russia and that are tax residents of that foreign country under the treaty may opt for such treatment. The scope of this provision has not yet been clarified.

Gains on disposal of shares in property-rich companies

Under the new law, gains derived from the sale of shares and similar interests in foreign companies deriving more than 50 per cent of their value from real estate in Russia are subject to taxation in Russia unless the securities concerned are traded on a recognized stock exchange. The tax authorities have not yet announced how the tax arising on sales of Russian property by non-Russian entities will be collected.

Any consideration of the impact of the new law on Cyprus holding structures, or indeed structures involving any country with which Russia has a double taxation agreement in force, must take into account the fact that the internal laws of a country cannot override its obligations under international agreements. Double taxation agreements allocate taxing rights between the contracting states concerned and have inherent rules of interpretation that cannot be circumvented by the domestic law of either state. Any new legislation will, therefore, have effect only to the extent that it is consistent with Russia’s existing 612 General articles Trusts & Trustees, unless Russia is prepared to terminate them, which seems highly unlikely, given the potential impact of such an action.

The current double taxation agreement between Cyprus and Russia dates back to the 1990s. It was substantially amended in 2010 by a Protocol, the main provisions of which took effect at the beginning of 2013. Under the Vienna Convention on the Law of Treaties, to which both Russia and Cyprus are parties, Russia is bound by its obligations under the agreement.

The current double taxation agreement as modified by the Protocol provides that until 1 January 2017 gains on shares in property-rich companies will be taxable only in the country of residence of the disposer. The taxation of such gains in the country in which the property is located introduced by the new law is incompatible with this.

Although it has a comprehensive double taxation agreement with Russia, which includes up-to-date information exchange arrangements, the Cyprus corporate tax rate of 12.5 per cent is below the effective tax rate (generally 15 per cent) required for exemption on the basis of the effective tax rate. Companies that are holding companies and whose income is principally characterized as passive will also be affected by the proposals as they stand.

These issues will clearly need to be resolved at an early stage. In the meantime, it would be prudent for users of Cyprus structures (and indeed structures involving other jurisdictions) for investment into Russia to carry out an analysis of the companies and other entities involved to assess the possible implications in terms of future tax costs and develop strategies for mitigating them.

The obvious means of mitigating the effects of the new law is to ensure that overseas companies are not controlled by Russian tax residents. However, this will not be simple. Since the test for a CFC is based on ownership percentages, increasing the degree of overseas substance is unlikely to be sufficient (though usually desirable) and a number of Russian tax residents are now exploring the possibility of relocating and becoming tax resident in countries outside of Russia, which include Cyprus. As noted above, one of the favourable features of the Cyprus legal order that has attracted many Russian investors is the Cyprus international trusts regime, which provides an excellent asset-protection mechanism. Recognizing that many investors are less familiar with the concept of trusts than with foundations, the Cyprus government is also planning to introduce a new law facilitating the establishment of foundations.