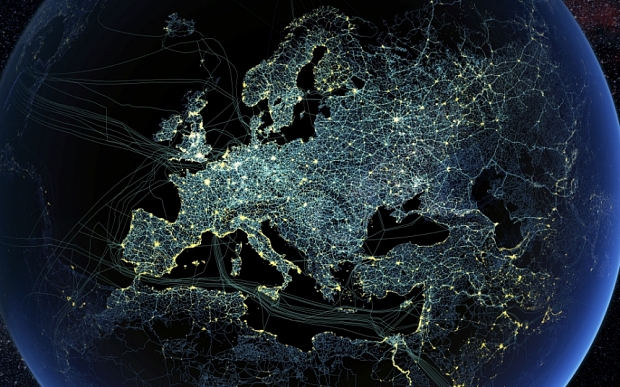 The Federal Reserve could raise interest rates a second time in one year in the coming months. Yellen said gradual increases in interest rates were “appropriate” and the case for another had “strengthened”. However, Yellen was vague on timing. The Fed’s committee next meets in late September. It also has a meeting in early November, however, it’s unlikely the Fed would raise rates right before the U.S. elections.

In Eurozone economic confidence fell significantly in August, hitting its lowest level since March and suggesting, that Britain’s vote to leave the EU may be starting to hit sentiment across the bloc.

Confidence fell in four of the Eurozone’s five largest economies, with the exception of France where the index rose slightly in August.

Britain voted to leave the European Union in a June 23 referendum, though the terms of the exit are still to be negotiated, adding to the economic uncertainty.

In Italy, where the banking system is struggling with 360 billion euros in bad loans, confidence fell to an 18-month low.

Chinese business confidence weakened in August after showing signs of stability in recent months. The business sentiment index fell by 1.2 to 54.3 in August, the lowest in 3 months. This indicator provides a snapshot of current conditions and future expectations for the Chinese economy through the lens of business executives.

The most recent Chinese economic data pointed to an alarming downtrend in the economy. Imports plunged in July, highlighting the extent of slowing domestic demand. Industrial production, fixed-asset investment and retail sales also slowed sharply last month, all clear signs that the economy was losing momentum at the start of the third quarter.

In addition, the impacts from temporary closures of factories in Hangzhou and provinces nearby for 14 days to limit air pollution ahead of the G20 summit during September 4-5 could put more pressure on slowing Chinese economy. Previously, China had shut down factories in Beijing for the Olympics in 2008 and celebration for the World War II victory in 2015, both of which resulted in a slowdown in industrial production for at least 2 months.

The dollar gained against major currencies Friday, after a speech by Federal Reserve Chairwoman Janet Yellen. She noted that a near-term decision on rates hinges on the strength of upcoming data, such as Friday’s U.S. jobs report. Higher rates are a boon to the dollar, as they make the currency more attractive to yield-seeking investors.

China’s yuan firmed on Wednesday, with investors cautious about possible central bank intervention whenever the currency neared the psychologically-important 6.7 per dollar level. While a resurgent dollar has pushed the yuan lower in recent sessions, Chinese authorities are reluctant to see it breach the 6.7 to the dollar mark again. When it dipped below that level in mid-July, state-owned banks aggressively sold dollars, a move traders believed was initiated by the central bank.

Gold’s latest retreat has been associated with a firming US dollar. The dollar index is currently trading at three-week highs. Normally, higher U.S. dollar, makes the metal more expensive in other currencies and increasing the so-called “opportunity cost” of holding gold, which refers to lost income from not having a yield-bearing asset instead.

Oil prices rose about 20 percent earlier in August, after the Organization of the Petroleum Exporting Countries said it was working with non-OPEC members to reach a production freeze.

Iraq Prime Minister announced on Tuesday that the country would support a freeze in oil production during the next meeting of the Organization of Petroleum Exporting Countries (OPEC) in September. Iraq is the second largest oil producer in OPEC after Saudi Arabia, the de facto leader of the trade cartel.

Iraq Oil Minister Al-Luaibi called on international firms operating in Iraq to ramp up production in order to “boost national revenue”, according to an email obtained by Bloomberg last week. Any ramp-up in production before the meeting would give Iraq leverage to freeze output at a higher production level during the OPEC summit.